BOOST YOUR PERSONAL DEVELOPMENTThe Core Values for success in life 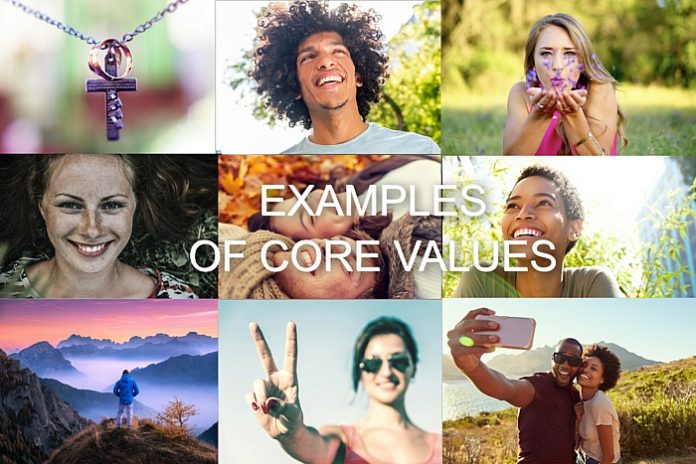 Examples of Personal Core Values. I think you’ll be quite surprised about how impactful your core values are and how they control and influence your life. I have used my values to help me make navigate and get through difficult times and you can too and here’s how. 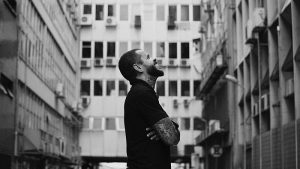 In this article,  you’ll discover how your core values can build confidence, purpose and direction in your life using real-life examples so continue reading.

What Are Your Personal Core Values?

A good way of explaining what your fundamental values are is to ask you what you would do for money.

If someone offered you £2,000 to sell defective camera equipment to didn’t work and you knew you wouldn’t get caught would you do it?

If your answer is no core values such as

Are likely to feature on your list of values.

Have you defined your core values?

No, well this article should convince you of the benefits of defining them and using them to understand your authentic self better.


I chose to focus on the life of Sarah Biffen to help illustrate how even if you are disabled you can draw on the strengths of your core values to massively change your life and the lives of the people you care about.

Born in October 1784 despite having no arms Biffen learnt how to do needlework and use scissors. A man called Emmanuel Dukes, who organised exhibitions fairs and sideshows throughout England, taught her how to paint by holding a paintbrush in her mouth.

Despite her disability Biffen, learnt how to paint fantastic landscape pictures and miniature portraits on ivory. George Douglas, 16th Earl of Morton, was so impressed with her work he sponsored her to attend the Royal Academy of Arts. The Society of Arts, who bestowed distinguished awards for promoting Arts, honoured her by presenting her with a medal in 1821 for her historical miniature.

The Royal family also commissioned her to paint miniatures of them. In the meantime, she became very well known so much so that Charles Dickens mentioned her in his novels. Which included The Life and Adventures of Nicholas Nickleby, Martin Chuzzlewit and Little Dorrit. and many of her pieces still exist today.

The creative fundamental values she might have relied on are: 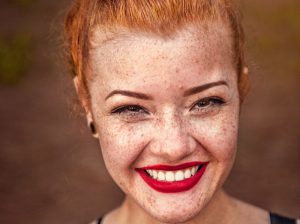 “extraordinary creativity and a remarkable ability to achieve so much with so little.”

Can you think of other foundational values that could apply to Biffen?

The important consideration in determining your fundamental values is choosing ones that bring you closer to you who you really are and what you want to achieve despite any disability or hurdles. Biffen case illustrates extraordinary creativity and a remarkable ability to achieve so much with so little.

Like Biffien, to succeed despite obstacles you should examine all your options and look at the resources available to you. If you’re struggling to think of the many resources you undoubtedly have available to you to enrich your life I have listed some really powerful books that will help you on the path to success. Click this link to learn more.

Core Values Based on Affirmative-action 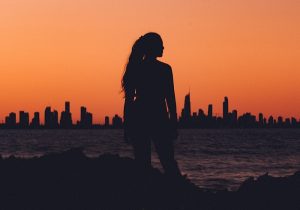 Your journey through life should be based around your affirmative action.

Can you think of any affirmative action you can take in your life?

Well, you like Biffen you too can make the decision to take affirmative action to change the outcome of your life.  Had she’d buried her head in the sand and succumbed to her disability her life would have been very different.

Her tenacity to take full responsibility for her own happiness despite her disability is testimony to her character.

Consider what you can do to fulfil your dreams

The importance of doing is so when you look at what you’ve achieved and the value you bring to the people around you, you’ll be able to appreciate the incredible things you would have achieved. Not least because you would have massively added value to people’s lives.

“She took action and pursued her dream and the rest is history.”

This neat little video course “Change Your Life” should do the trick and get you well on the way to discovering your true potential. It walks you through how you can change the trajectory of your life by improving 1 Percent every day.  Based on the Kaizen Japanese concept of continual improvement it is the most impactful ebook you will find for your personal transformation. Click here to discover more.

Even if you have a disability or other limitations you can still take action to pursue your dreams.  Biffen took action and pursued her dream and the rest is history. I’m sure that without her fundamental beliefs, she would have started her journey as an artist.

Would you like to discover how to define your core values and build positive life experiences that will help you maximise your life? If yes, click this link.

The renowned Actor and Producer Jim Carrey provide a powerful example of personal core values. Carey, despite all the odds, beat out his vision for his life and refused to let his rough start in life get in his way using core values such as:

“Carrey had the talent to make people laugh, which helped him to make friends.”

Born on January 17, 1962, in Canada he struggled at school and at first was described as quiet and having many friends. He also suffered from dyslexia and his family struggled financially.

However, Carrey soon realised that he had the talent to make people laugh, which helped him to make friends. At age 10 he wrote to American actress, comedian, singer and writer to try to get an early break.

Powerful Examples of Personal Core Values, Based
on Humour 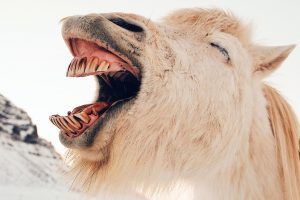 Carey used humour to help get through school. He made friends by making his classmates laugh and realised that this was a way of being able to connect with people.

He also sought to overcome his dyslexia by developing a remarkable memory to help him remember his classwork.

“building relationships with them through humour.”

If you look at the development of Carrey’s life, he was initially very quiet and not having many friends. He transformed, connecting with his classmates and building relationships with them through humour.

For Carrey, this was a significant core value because not only did it form the basis of his entire career it helped him overcome his shyness.

Our relationships with people shape our lives and enable us to empower others and add value to their lives. 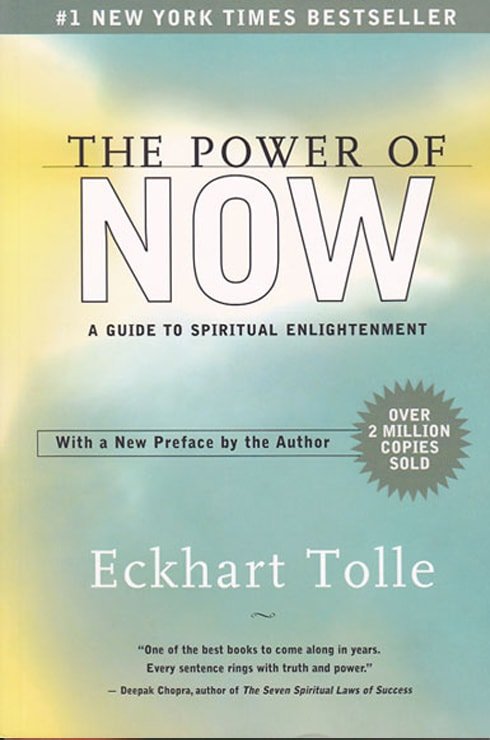 “if we’re not making someone’s life better then we’re wasting our time.”

The American actor Will Smith said, “if we’re not making someone’s life better then we’re wasting our time.”

To discover how to add value to your life and the people around you by it’s important to live in the moment. When you make the most of every moment you not only appreciate the value of life but you understand that living in the past or focussing on the future is not the answer. In this book, Eckhart Tolle “The Power of Now” brings you on a journey of exploration to find your true and deepest self to reach your ultimate personal development and spiritual growth. Hit this link to start your remarkable journey.

Hard Work As A Core Value

Carrey’s family had very little money which hindered him from making friends, afraid that they would discover that he lived in a poor neighbourhood he never invited his friend home.

Exhausted working eight hours a day in a factory while going to school he decided to leave school at 16.

“Carrey was down on his luck,……… and was going through difficult times.”

His career as an actor and comedian was no doubt helped by his hard work ethic as a janitor.

Seeking a better future, his father moved the family. And for a period they were homeless and forced to park their Volkswagen camper van in different campgrounds in the area.

Carrey was down on his luck, had no job, living in poverty, suffered from dyslexia and faced difficult times. 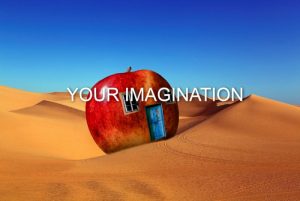 He started performing at comedy gigs, his first at Toronto’s Yuk-Yuk Comedy Club. Carrey was viewed as a hardworking, dynamic comedian delivering his sketches with a real passion. He pulled on difficult times to fuel his dream and practised positive affirmations to create his vision of success.

” use visualisation to create a meaningful personal life mission”

In 1990 he wrote a cheque for $10 million to himself for acting services and dated it 1995. He made a point of carrying it around with him in his wallet wherever he went. Carey’s actions illustrate how powerful visualisation and imagination is in creating reality.

Some powerful examples of personal core values around imagination are

To discover how you can use visualisation to create a meaningful personal life mission click here. 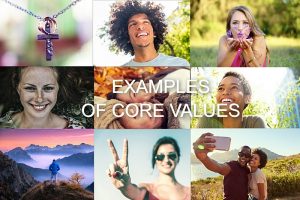 This was a bold move for an actor who carved out a vision for himself from practically nothing. He would drive to Mulholland Drive in Hollywood hosting the most exclusive and most expensive homes in the world are.

For motivation, he’d tell himself repeatedly that he had loads of acting roles and everyone wanted to work with him.

His sheer unadulterated determination to succeed, saw him turn his vision into reality and by 1995, after the huge box office success of Ace Ventura: Pet Detective, The Mask, and Dumb & Dumber, his asking price had risen to $20 million per picture.

“being resourcefulness as a core value, you can change your life”

Carrey’s father died in 1994 and the $10 million cheques he had written to himself in 1990 was placed in his father’s coffin. This was done as a thank you to the man who had encouraged him to pursue his career. 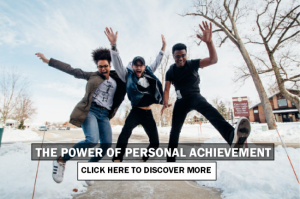 Some examples of powerful core values on resourcefulness are – 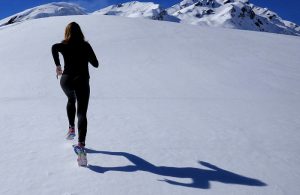 Clearly, defining your core values can help you figure out the way forward. Carrey’s perseverance shows just how valuable this is.


“looking at your life from a global perspective and utilising the resources available to you.”

Born to a poor family, and homeless for a period, he had no real support systems apart from his immediate family. He had no real friends or job prospects. He suffered from dyslexia, he didn’t live in the kind of world that expected him to succeed.

Carrey had a commitment to see past the storm to understand his personal life mission.


Just like with Carrey, your core values should encourage you to utilise the resources available to you. Importantly, no matter what your family background, education, social standing etc you should appreciate your self-worth.

“dispel any labels you inadvertently place on yourself”

Some powerful examples of core values around perseverance are

Along with this defining your core values, you’ll begin to see things for what they truly are. By dispelling any labels you inadvertently place on yourself you can acknowledge your own sense of self.

“When we are no longer able to change a situation – we are challenged to change ourselves.”

Your core values can help you achieve this click here to discover how.

Facebook
Twitter
Manage Cookie Consent
To provide the best experiences, we use technologies like cookies to store and/or access device information. Consenting to these technologies will allow us to process data such as browsing behavior or unique IDs on this site. Not consenting or withdrawing consent, may adversely affect certain features and functions.
Manage options Manage services Manage vendors Read more about these purposes
View preferences
{title} {title} {title}